It was disappointing that CPS chose to stop releasing the Space Utilization Data for Charter schools, Contract Schools, and some other schools (unless they are co-located with Regular schools and then you have to do some estimating to try and understand the utilization.)  The only explanation that I can find is something to akin to “no law is forcing us to, therefore we aren’t.” 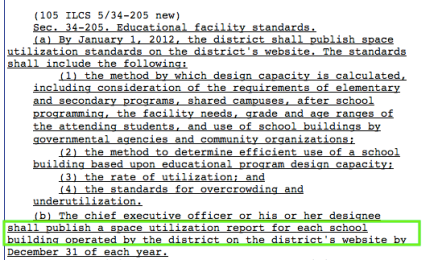 Because decisions made using Space Utilization Data about consolidations, closings, where to open new schools, how to redraw boundaries, etc. VERY MUCH depend on seeing all of the schools in a community in the Chicago Public Schools Portfolio, it is important to see the data for every public school in the community. With all available data clearly presented in a format where schools can be easily compared and analyzed….including data negotiated into contracts and charters. 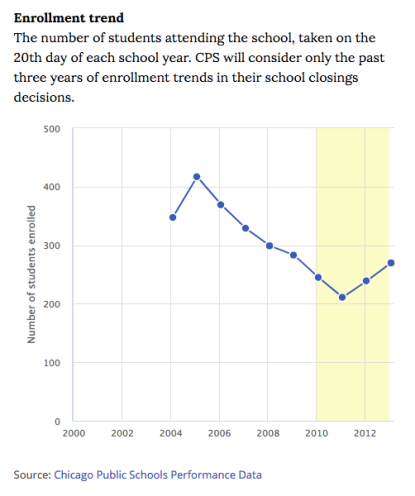 If the District is supporting “Choice,” then it is important that there is clear and transparent data on every choice (school) under the District’s control. Otherwise, that is not choice. That is being purposefully misleading. That is manipulation. 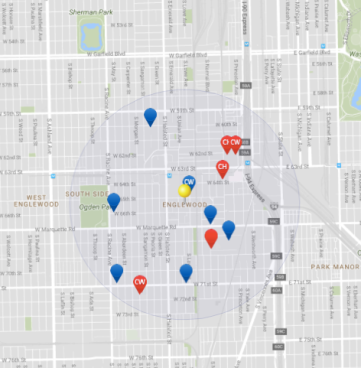 Therefore, the following CPS schools Space Utilization Data were not represented on the most recent 2017-2018 report, but have enrolled students.

Also surprising, the following schools’ Space Utilization Data were not represented on the 2015 report, but had enrolled students in 2015.

We can figure out a way around that, however.

How many seats did we add back into a steadily shrinking District since almost 50 schools were closed five years ago? When we knew we already had too many schools/seats?

There are some very specific reasons why we left SchoolCuts.org up and running after the last round of school closures. Being able to revisit these types of decisions, their effects, and the quality of decision-making before more closures occur…that’s one reason.